As far as we are concerned, most areas of the UK can receive digital terrestrial Freeview( DVB T2).However, for those who live the remote or highland areas, even not live in UK, one good alternative is Using Freesat, offering high definition viewing with no monthly charges or contract. It can over 150+ digital TV and radio services, including free HD, freesat+ to record and rewind BBC iPlayer, BBC HD news, BBC One Channels, Film4, E4, ITV2, BBC Three, Dave and CNN, etc. With the popularity of TBS 6981 freesat PC card, now you can watch freesat BBC one HD TV on ProgDVB.

On Freesat you can enjoy over 150 non-stop digital TV and radio services, entertainment on ITV2, Dave and great comedy on BBC Three. BBC one HD will give you award winning documentaries and for the latest movies, Film4 has it all. Catch the latest news on BBC/ CNN and Sky News and watch adult channels on bluebird. You can pick any kind of freesat channels on the list.

ProgDVB is universal and powerful DVB tool for receiving and watching digital satellite TV for PC and broadcastings from any sources (including Freesat). By means of ProgDVB ou can use one program for several types a TV and broadcastings irrespective of an amount of devices and type of received content (DVB-S/S2, DVB-C, DVB-T, ATSC, ISDB-T, IPTV), viewing CI scrambled channels, record your favorite programs

We have choosen TBS 6981 as a Freesat viewing card for this test, Now we would like to demonstrate how to set up progDVB when you install this Freesat PC card. After TBS6981, you may select “Not start device” and start TBS Device from the list then tick “Install MPEG-2 Decoder” while installing. Copy “BDA.device” which you can find on Installation CD ..\Progdvb\ to the Modules directory where you installed ProgDVB. For example, if you installed ProgDVB at C:\Progdvb\Progdvb.exe , then copy BDA.device to C:\Progdvb\Modules\ Copy “Controls.ini” file to ProgDVB root directory to make remote control works with Progdvb. 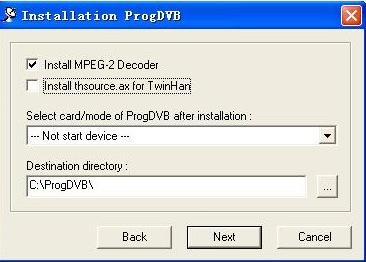 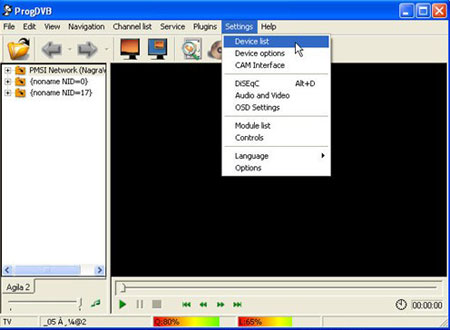 A “Device list” window will pop up, find TBS Device in the device list, Then TBS 6981 was found in the picture below, click to choose it and click “Start”, while the icon in front of “TBS6981” turn green, TBS 6981 freesat PC card has been successfully started. 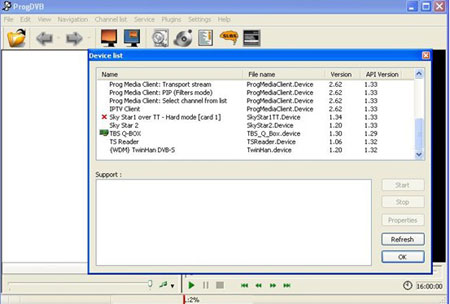 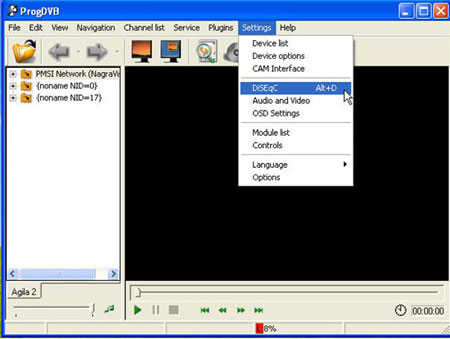 Choose your DiSEqC types from “None”  “Mini-DiSEqC”  “1.0 or 2.0” and “Custom”. Tick “Distinguish” “By frequency” and click “Add LNB” to pop up “LNB Settings” window.Choose your LNB type and type in your LOF Frequency. Choose the satellite from the scroll down menu. If you want to watch Freesat BBC ONE HD, you can add “10773 H” as the frequency.

Click “OK” to return to “Sat position and DiSEqC settings” window. Click “OK” again to return to main window.Click “Channel list”→“Channel search”→“Satellite” to scan all the transponders in your satellite. 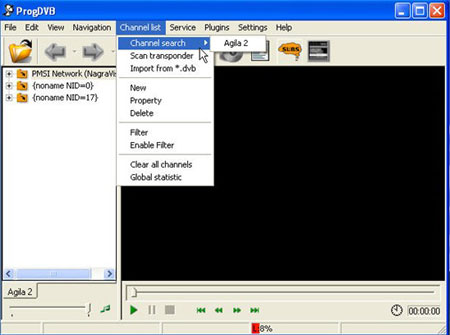 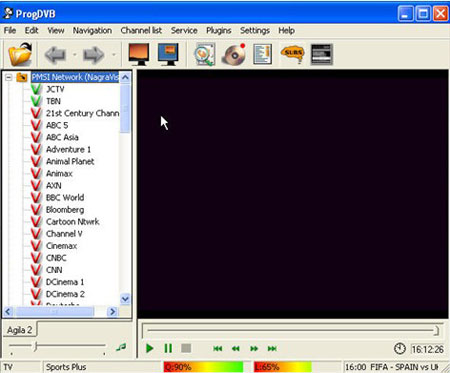