Freesat is a digital TV service from the BBC and ITV which broadcasts HD programming via satellites in United Kingdom. The service was marketed from 6 May 2008 and offers a satellite alternative to the Freeview service on digital terrestrial television, with a selection of channels available and without subscription for users purchasing a digital TV receiver. The service also makes use of the additional capacity available on digital satellite broadcasting to offer a selection of high-definition programming from the BBC and ITV. 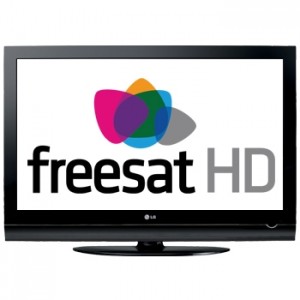 As far as we are concerned, most areas of the UK can receive terrestrial Freeview or will be able to get Freeview by 2012. But for those who can’t, one very good alternative is Freesat installation, offering high definition viewing with no monthly charges or contract. You can also use it to pause, rewind and record your favorite TV shows. That‘s mean freesat might be played as a digital video recorder, which can capture the HDTV programming for every household in UK.

In order to receive Freesat, you need a PC TV box and dish network installed, but once these are done there is no additional cost. No subscription fees .A Freesat dish is installed which needs a clear line of sight to the satellite and in rare case trees or buildings may hinder the signal. With Freesat there are literally hundreds of channels to choose from as opposed to Freeview which is currently under 100. It is also possible to get BBC iPlayer direct to the TV meaning that almost any show from the previous seven days can be watched at any time. European satellites installations can pick up signals from other European countries, including many foreign language channels. Currently, Freesat offers a line-up of 173 television, radio and text channels. It is reported that more and more HD channels would be added in the near future.

2. How to use TBS5980 Digital TV receiver to watch satellite TV