Wiliam and Kate will hold a grand royal wedding on April 29. JUST in case you’ve been living under a rock for the past six months, Friday April 29 is Royal Wedding day when millions of people across the world will watch Prince William marry Kate Middleton at Westminster Abbey.

The occasion has, of course, been marked by an extra bank holiday so people across the country can celebrate the day, be it through a street party or simply by having friends over to watch the wedding on television.

For people have no TV, how to watch the live on PC, here’re three ways: 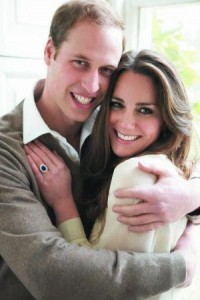 Satellite television is delivered by the means of communications satellite and received by an outdoor antenna, usually a parabolic mirror generally referred to as a satellite dish, and as far as household usage is concerned, a satellite receiver either in the form of an external set-top box or a satellite tuner module built into a TV set. Satellite TV tuners are also available as a card or a USB stick to be attached to a personal computer.

Tips: For people who have desktop, a PCI or PCI-E TV card can meet. For laptop, a USB stick TV card only available on it. This is high-priced but you will not only get to watch William and Kate wedding ceremony, but also you are able to enter into additional 100 FTA channels across the globe, I think the PC TV card is worth your money. And it’s different from watching cable TV programs, you’ll no longer to pay any fee on it.Click here to know which channels will broadcast the wedding on April 29>>

Satellite TV provider providing TV signals by cable, this is very convenient. But you have to pay monthly or annual subscriptions fees for the TV provider. And in many areas of the world satellite television provides a wide range of channels and services, often to areas that are not serviced by terrestrial or cable providers.

These applications are available on-line via retailers like the useful resource listed below. It costs about $42.99 to $49.99 or more and depending on the developer brand name. Usually do not be so surprised once you see the sharp photo and crystal distinct quality in your PC.