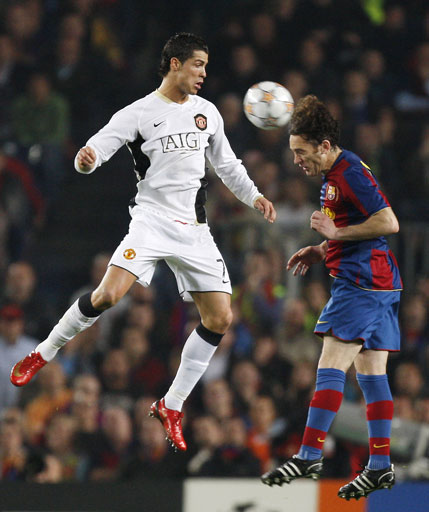 The Champions league is undoubtedly the most expected event for football fans. Sure that many people hope to watch the game and get close to the football players. But not everyone can have this opportunity; most people only can watch the game on PC or TV.

This year’s tournament will entail 32 groups from all across Europe, include the strongest 32 teams in Europe. So far, the final four teams are Shaerke 04, Real Madrid, United and Barcelona. In the semi-final on 4.28, the strongest four teams will bring us excellent performances. My favorite is Real Madrid, it’s the most famous football team in the world, I hope it can perform well in the semi-final. As their performances are excellent in the quarter finals, certainly do not know which team will be the final winner, who will laugh at the last in the Champions league.

Ok, go into the key points, we have several ways providing to you for watching Champions League 2011.

This need cost $100 or so. For those who have desktop, a PCI or PCI-E TV card can meet. For those who have laptop, a USB TV card only available on it. This is high-priced but you will not only get to watch LIVE UEFA Champions League, but also you are able to enter into additional 100 FTA channels across the globe, I think the PC TV card is worth your money. And it’s different from watching cable TV programs, you’ll no longer to pay any fee on it.

2. Call up the cable or satellite TV service provider.

These guys will hook you up quickly with one of their distinctive sports Television deals. If you would like to go for your bare minimal. You’ll find contracts for minimum terms so go through the terms of service carefully. Don’t get too excited to watch LIVE UEFA Champions League, but neglect the costs. The set up really should spend a few days. Hook it up to your Tv set so you can view Cristiano Ronaldo of Guy United score.

And you also can similarly tune in and look at LIVE UEFA Champions League 2011 on the web on PC. View how Steven Gerrard does his tricks to have the goals in, or Wayne Rooney of Manchester United score another head in. These applications are available on-line via retailers like the useful resource listed below. It costs about $42.99 to $49.99 or more and depending on the developer brand name. Usually do not be so surprised once you see the sharp photo and crystal distinct quality in your PC.

Watch game on UEFA official Live broadcasting Site, of course also can find in some unofficial website to look. But these will depend on your connection speed, if soon quick comparison, would see smooth frame, otherwise, you have to bear watching intermittently.

2. Champions League online – Justin.tv– Justin.tv has a page dedicated to football video streams online– you can get links to video streams for most matches from this page.

Now you have known the methods to watch the Champions League. Next weekend on Apr28, you can watch the final of champion league2011 on your pc.

If you want to watch UEFA Champions League with PC TV Card,the TBS698,TBS QBOX3 may help you.

1.UEFA Champions League Predictions: Who Will Win the Semi-final