Channel 5 is giving up on filling a Freeview HD channel, so fans of Celebrity Wedding Planner will just have to live with standard definition. Or go to Virgin or Sky for its Channel 5 HD offering.The intention had been for an HD version of Channel 5 to fit into Freeview from April 2012, but the broadcaster has now notified Ofcom that it won’t be proceeding with the application, potentially leaving the BBC with another channel to fill.

Back in 2010, Channel 5 dropped out of the bidding for the first round of Freeview HD channels, telling The Guardian that the financial markets weren’t right for it to go HD but that “we remain committed to launching a HD version of Five and intend to apply for the fifth HD stream when Ofcom advertises it next year”.

And Ofcom duly did offer another Freeview HD channel, in September 2011.

But it seems the financials aren’t now any better than they were.

The BBC is technically out of the running for the fifth Freeview HD slot, having got two of the channels already. But it may yet end up with the space, and will then have to decide what to do with the channel, perhaps filling it with coverage of the Olympics or trying to sell it to Channel 4.

Given the government’s absolute belief that we’re all crying out for six new HD channels at 600MHz, not to mention desperate to watch local TV, one has to wonder why an existing HD channel isn’t more desirable – surely it’s not possible that we have enough television already?

TBS 6284 is a  professional dvb-t2 TV Tuner hot sale on buydvb online store,its  Quad tuner allows you to watching or recording four different channels from four different frequencies simultaneously. TBS 6284  DVB-T2 quad tuner card can be used as a digital video recorder for recording digital terrestrial TV programs with full HDTV support. It also enables you to pause a live broadcast and continue from where you left with the Time-shifting function. This DVB T2 PC TV card is ready with windows BDA driver and Linux driver. It’s ideal for watching UK Freeview SD and HD channels on your PC.with it,you can watch DVB-T2 TV channels on your pc. 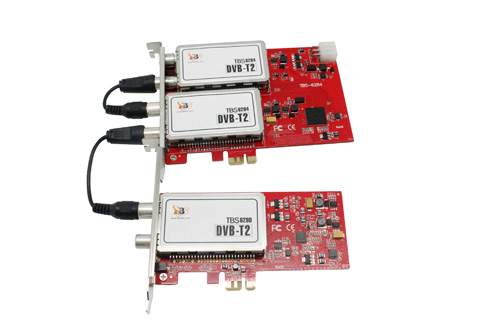