Often heard in forums that people have this demand, but have no idea on how to achieve it? Actually, only need satellite TV services, you may feel convenient to watch satellite TV channels on your PC. There are three optional ways, we’ll explore on this page, you can choose the most suitable way for yourself.

With a satellite dish, a satellite receiver, a cable, you can watch satellite tv shows on your pc. It effectively replaces the set-top box with higher quality and flexibility. The signal will be more stable and you can have more initiative.

We’ve founded the series digital satellite TV receiver at buydvb.net, which will fulfill the job. 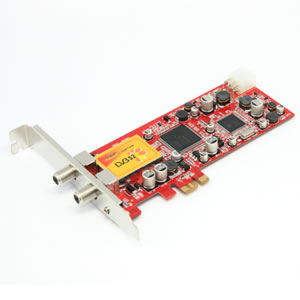 You can see the picture on the right, plug one end into a PC,

the other end to your dish, and use the supplied

With it, user can simultaneously receive dual DVB-S2/S TV channels, this enables the user to watch one channel from one transponder/satellite while recording another channel from a second transponder/satellite. Alternatively the user can use one channel for data download while watching TV on another channel at the same time. TBS series products are fully supported under 32bit/64bit Windows 2000 / XP / Vista / 7 and Linux. The user can use TBS products for high speed satellite internet or data download if such service is provided by service providers.

The option is to connect an output from your satellite TV box into a TV receiver on a PC.

First of all, you will need a PC TV receiver. There are a number of different makers and models in the market. Here we’ll look into the types that plug into a USB socket on your computer:

These small boxes plug into your PC or laptop’s USB port, and let you watch TV via a TV aerial connector. 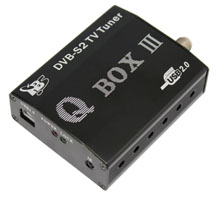 Here’s a top list of 10 Places To Watch TV For Free Online.Because of IPTV is based on the Internet Protocol, it is sensitive to packet loss and delays if the IPTV connection is not fast enough.

3. Streamic (More then 300 real TV channels to choose from including NBC, ABC, ESPN, BBC1 and many more, organized in categories and ranked by the site users)

4. Surf the Channel (. Streaming TV, free movies, free TV and many other categories of streaming video through the STC video search engine and listings.)

5. PPStream (Sports, movies – all in one please. Just choose a show from the list of available channels)

8. PPlive (a popular service for watching many foreign channels)

9. TV-Video (All the latest TV shows as they aired including 24, Smallville, Prison Break, Lost etc)

(Graboid Video makes it easy to access to the most extensive library of full length videos with over 150000 videos online, and now you can try it free. )

All three ways have their own pros and cons. For me, I prefer to watch satellite tv on pc by satellite tv receiver, as long as you have the receiver, you can watch all tv channels received by the dish. And you will no longer to worry about network speed. Which way will you be interested in?