Freeview is a non-profit service providing free-to-air digital television and digital radio to New Zealand. The organization is a joint venture between the country’s major broadcasters – Television New Zealand, TVWorks (owners of TV3, FOUR and C4), Māori Television, and Radio New Zealand. The Freeview service consists of a high definition digital terrestrial television service, branded Freeview|HD, to around 86% of the population in the major urban and provincial centres of New Zealand, and a standard definition digital satellite television service covering the whole of mainland New Zealand and the major offshore islands. Freeview uses the DVB-S/S2 and DVB-T/T2 standards on government provided spectrum.

The Freeview service started in 2002 UK, introduced New Zealand in 2007. Since May 2011, it was estimated that 77% of New Zealand households have at least one digitally-equipped televevision set (including Freeview, Sky and TelstraClear), with Freeview making up approximately 45% of the digital television share.It was announced on 15 June 2006 that Freeview’s free-to-air digital TV service would be available via satellite (DVB-S) from mid-2007 and terrestrial transmissions (DVB-T) from mid-2008. Freeview’s marketing campaign began on 23 April 2007 through a website and four TV advertisements shown on Freeview’s shareholders’ TV channels, using the slogan “Make bad reception a thing of the past”, showing people using proverbial substitutes for rabbit ears for receiving TV reception.

To receive Freeview channels, either a television with an integrated digital tuner, or an existing standard analogue television receiver plus a set-top box or digital Freeview PVR is required. It costs among $15-20, affordable with everyone.

An aerial (antenna) is required for viewing any broadcast television transmissions. For all transmissions indoor, loft-mounted, and external aerials are available. In regions of strong signal an indoor aerial may be adequate; in marginal areas a high-gain external aerial mounted high above the ground with an electronic amplifier at its top may be needed.

The Freeview platform currently has 18 television channels and 4 radio stations. TVNZ, MediaWorks (formerly CanWest), the Maori Television Service, Stratos Television Ltd, Parliament TV, CUE (Southland TV) and Radio New Zealand currently provide content.Up to 18 channels will be available, with six each assigned to TVNZ and MediaWorks, and the balance to other networks. Given that TVNZ’s and MediaWorks’s current free-to-air channels will be available on Freeview, there will be eight extra channels in total.Freeview also has its own eight-day electronic programme guide, named Freeview EPG; TVNZ’s Teletext service is also available.[5] On Freeview the EPG is transmitted in both EIT and MHEG5 formats. On Freeview HD only EIT Now and Next are transmitted but a full MHEG5 EPG is transmitted television channelsIt is said that there is space for approximately only 20 channels on the two satellite transponders that Freeview lease currently so fewer channels may be available on satellite than terrestrial in the future.All transmitters are horizontal polarisation unless otherwise stated. Frequencies of channels can be found at Television channel frequencies in near future. 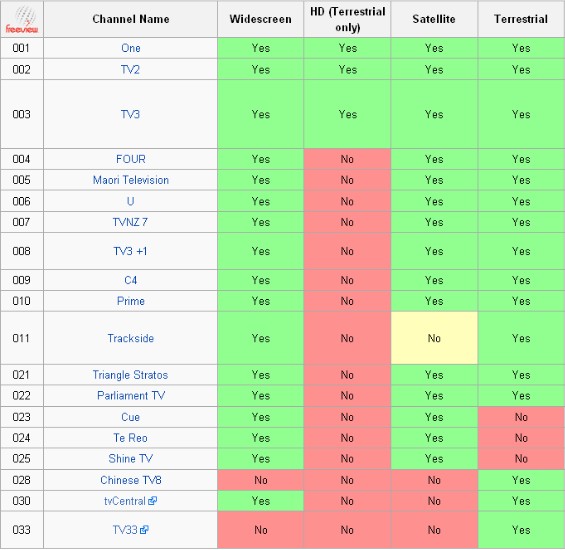 From Wikipedia, the free encyclopedia

How to watch Freeview HD TV on windows media center

How to Watch Freeview Channels on Your PC